View source
watch 01:36
We're Getting Mutants in the MCU - The Loop
Do you like this video?
Play Sound

Traffic-wise it is perhaps the most crowded district, which can make it a difficult area to navigate if you are driving a vehicle with low strength. However, this disadvantage also makes it very easy to gain a high Showtime score as buses spawn more often in the district. Downtown also boasts the tallest building in the city, visible from four out of five boroughs in the game. The building itself has no apparent name, however, the Paradise Trust Bank does reside in the building on the 2nd Street side, next to the Urban Ocean Liner.

The list below describes many locations in-game that are not always accessible, they provide Downtown Paradise's inhabitants with a variety of goods and services Most of them, generally the most visible ones, are shown here so players can easily spot where they are, and how far they are from the nearest shortcut or junction without looking at the mini-map.

This is the eastern most sub-district in Paradise City's mainland. It features the Waterfront Plaza, one of the eight major landmarks that serves as a finish line for several events, and one of the 11 parking lots. Also located here is the Paradise Keys Bridge, an extension of 4th Street, which will take players directly to Big Surf Island.

This is the southernmost sub-district which features I-88 access ramps at the Harber Street & King Avenue intersection, a Parking Lot on 1st Street, and an access ramp to the El-Train Tracks. It is the city's main skyscraper district.

Certainly the most dynamic traffic-wise sub-district in Paradise, it is the bustling heart of the City which features the impressive Paradise Square, the Downtown Park, and a Parking Lot.

Most likely the very first sub-district you will explore since you begin the game in the Hunter Cavalry, which is given to you at the Junkyard on East Crawford Drive.

In June 2008, Criterion Games held a community competition for all Burnout Players, the Downtown Showtime Showdown. Participants were encouraged to attain the highest possible Showtime score in Downtown Paradise along 4th Street, King Avenue, Harber Street and Angus Wharf. Players were able to input all Showtime scores, online and/or offline, with proof, before the deadline. Historical records were also accepted.

The reward for turning in the best score was the exclusive chance to name a Hotel in the then upcoming Big Surf Island Update, which was still in development at the time.

The winner of the competition was DBC9MX. Wayne chose to name the Big Surf Island hotel "Taylor Jay Towers". The tower was named after his son, who is known as dbc9mxJunior online. Incidentally he is also the youngest Burnout Paradise player to have attained 101% game completion.

After having established contact with each other, both players were received by Criterion Games on June 13th and spent the day at the game studio in Surrey, UK. 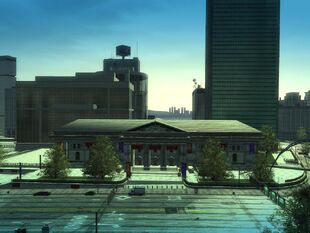 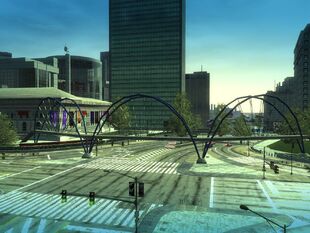