, however Microsoft Points have since been retired.) The iOS version is also announced and released on April 12, 2012 at $4.99 & £2.99 on the Apple App Store. It is also the final Burnout game in the Burnout franchise before the series' discontinuation.

It is inspired by the Crash mode from previous Burnout games but with a more arcade-style. It consists of 3 game modes, 6 levels and 18 total Crash intersections.

This game marks a return of a Crashbreaker feature. It is also the first Burnout game to feature the Need For Speed's Autolog system so players can compete with other friends for high scores.

What visually distinguishes CRASH! from previous games in the series is its top-down camera view in contrast to previous games' third person or first person angles.[2][3]

Each event has a total of 5 stars that a player can earn. Each star has an objective displayed in order for them to be unlocked. Players will unlock new intersections, bonus events and vehicles after earning a certain number of stars.

Players earn points in a crash junction events by crashing their vehicle into the traffic within the area of a crash junction, destroying buildings, wrecking parked cars and destroying obstacles surrounding the junction in order to create a pile up traffic.

The bar at the bottom left corner of the screen is the Crashbreaker bar which can only be used once it has been completely filled. The bar fills up gradually over time or at an increased rate if the player collides with traffic. Aftertouch can be used after the player's vehicle has exploded.

Additional Skillshot bonuses can be earned according to the distance the traffic vehicle has traveled.

Combos and chains earn players greater numbers of points during a crash event.

Each intersections have 3 main game modes:

The player must prevent certain traffic vehicles from leaving a crash junction after they have entered it. Crashing traffic fills the Crash Meter. When it's filled a Feature will activate to bring bonus points to the total, or try to avoid getting risky results. A Super Feature will trigger when the meter is filled up for the 3rd time and the event will end after an indicated number of traffic vehicles have been wrecked.

Players will have to anticipate where to create a wall of piled up vehicles, when to detonate explosives and how large explosions will be.

The event will instantly end if 5 vehicles escape the intersection without being wrecked. You will also know how many vehicles escaped by the X's (at most 5) shown on the screen.

The player has 90 seconds to rack up as much damage as possible within a crash junction. Pizza Trucks will enter the intersection at random intervals. Players will be able to use a Power-Up from the "Pizza of Fortune" after blowing up a Pizza Truck.

The event will end once the timer has ran out. This will also cause the player's vehicle to release a large Crashbreaker and earn an additional score bonus based on the damage it causes.

The player must earn a certain amount of damage to make the vehicle enter an Inferno phase. Inferno causes all scores to be multiplied with an Inferno multiplier but only if there is a vehicle or building on fire.

A local multiplayer Rush Hour mode which can be played exclusively using Xbox 360's Kinect. Players will have split into 2 teams and wait for the active player to finish crashing.

The slot machine will randomly determine the junction they're crashing, the vehicle they're using and the motion required for Crashbreaker detonation. These motions include raising arms like a cheerleader and imitating the Hadouken move.

Players can move their arms and hands in the fashion of a steering wheel to control a vehicle that is entering a crash and can use their body to control their vehicle whilst using Aftertouch. Kinect users has a "radar" on the bottom right of the screen which shows where the player is positioned.

These power-ups can be activated by the player after either; filling up their crash meter or by having the Pizza of Fortune wheel land on it.

CRASH! features some traffic vehicles as "Pick-ups" instead of those previously seen in Burnout 3: Takedown and Burnout Legends. Blowing up certain vehicles will activate a power-up.

Road Trip events have special Super Features that will be activated after a certain number of traffic vehicles have been wrecked. The Super Feature will award a score bonus based on the amount of damage it causes.

The damage power of a Super Feature depends on the number of X's on the Escape Meter.  Fewer X's means more power for the feature.

A recent interview by GameTrailers with the game's Creative Director - Richard Franke - revealed that some cars from Burnout Paradise such as the Hunter Vegas, Jansen P12, Hunter Takedown 4x4 and Carson Inferno Van appear in CRASH! with a more cartoon-styled aesthetic to match the rest of the game.[5]

There are the total of 7 vehicles and 6 can be unlocked by earning enough stars. Each vehicle has its own Crashbreaker statistic as well as a certain amount of force within it shown as Power. Aftertouch will also display how agile a vehicle can be controlled after a collision or explosion.

There are 6 locations across Crash City and 3 intersections within each location.

Original music plays in the background as well as the theme song "Crash" by The Primitives. Other songs are played as special vehicles appear or when Features and Super Features occur during gameplay.

Players scores will be tracking on the leaderboard, dubbed as "Crashwall." The Crashwall will alert players to beat friends' scores as well as suggest challenges in a similar method as the Autolog leaderboard system seen in Criterion Games' Need for Speed: Hot Pursuit.[6]

Burnout CRASH! began development as a Wii title. It initially was designed so that players could construct their own crash junctions using a Wii remote although this feature was cut during development as it was not found to be as fun or engaging as previously thought.

Crash mode was not included in Burnout Paradise as CRASH! had been in development for 18 months before its unveiling in July 2011.

The top-down view of the title was designed to make more of a level more visible to players than Burnout's traditional action and helicopter angles.

In October 2011, Criterion revealed on Twitter that an iOS release of Burnout: CRASH! was in development and released in April 2012.[7]

The iOS release for Burnout CRASH! is slated for April 12, 2012 with full compatibility on the iPad & iPhone. The title will use only touch and swipe commands instead of a virtual joystick/gamepad.

It will also feature a complete Autolog integration although as well as Apple's Game Center, but only for achievements.[8] 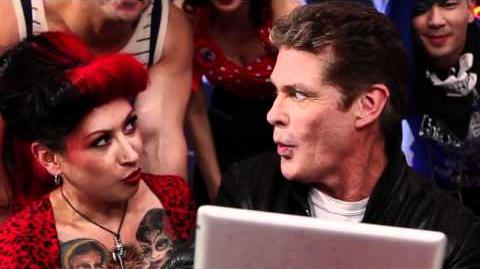 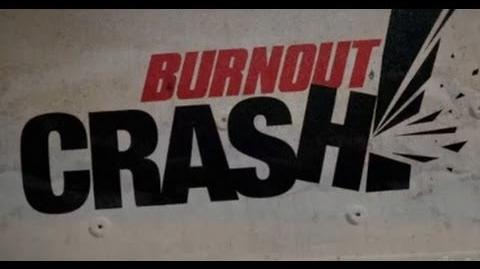 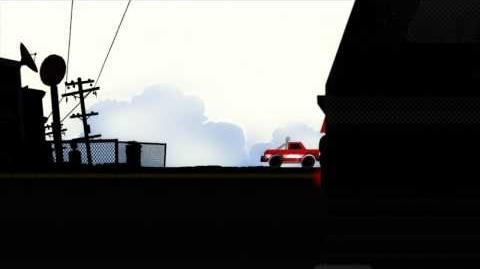 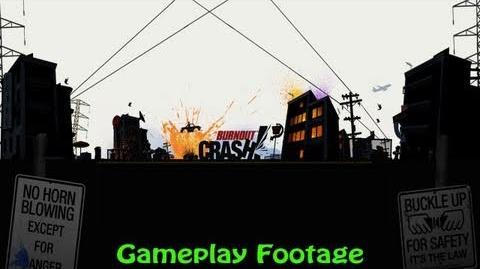