The Big Surf Island Pack is a downloadable premium content packs for Burnout Paradise that was made available for purchase alongside the release of the Third Burnout Store Update (codenamed 'Eastwood') on June 11, 2009.

Big Surf Island is around the size of Downtown Paradise. Criterion crafted it as the ideal place for online freeburn with wide roads, huge jumps and concentrated stunt areas.

The island saw many transformations during its development to coincide with other released updates and PDLC packs.

Island Tour is a new event included in Big Surf Island. It is a time trial event with multiple off road checkpoints. This, along with the other Island events contribute to the Big Surf license.

The island update was initially pitched as a free downloadable update, but was later revealed to be a paid-for content pack.

We'd mentioned in a previous podcast that this would be free content, but we can now confirm that it will be premium paid-for content.

Here's why. We never expected to create anything this ambitious for the island, but as it progressed we got more and more excited about what it could become.

Big Surf is the culmination of everything we learned creating Paradise City, and we want it to bring you a truly spectacular new experience – the highlight of a year of incredible premium content. Burnout already delivers incredible value for money – literally hundreds of hours of gameplay with your original disk or PSN purchase, plus more with the free Cagney Pack and free Burnout Paradise Bikes.

A 2 part Crash TV episode was released before the Island content was made available with the first part on May 28th, 2009 and the seond part on June 8th, 2009. The first part featured gameplay footage of the new areas, new menus, the Island License and the Carson Dust Storm. Part 2 featured the Hunter Olympus Governor and Carson Annihilator Street Rod.

The Island: Before & After

Players could see Big Surf Island under construction from the roof of the parking lot located on Angus Wharf. It had very few buildings and looked radically different to the released content. 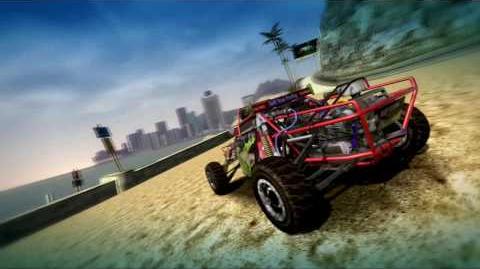 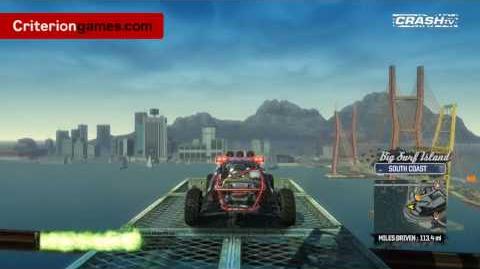 Add a photo to this gallery

Retrieved from "https://burnout.fandom.com/wiki/Big_Surf_Island_Pack?oldid=87954"
Community content is available under CC-BY-SA unless otherwise noted.